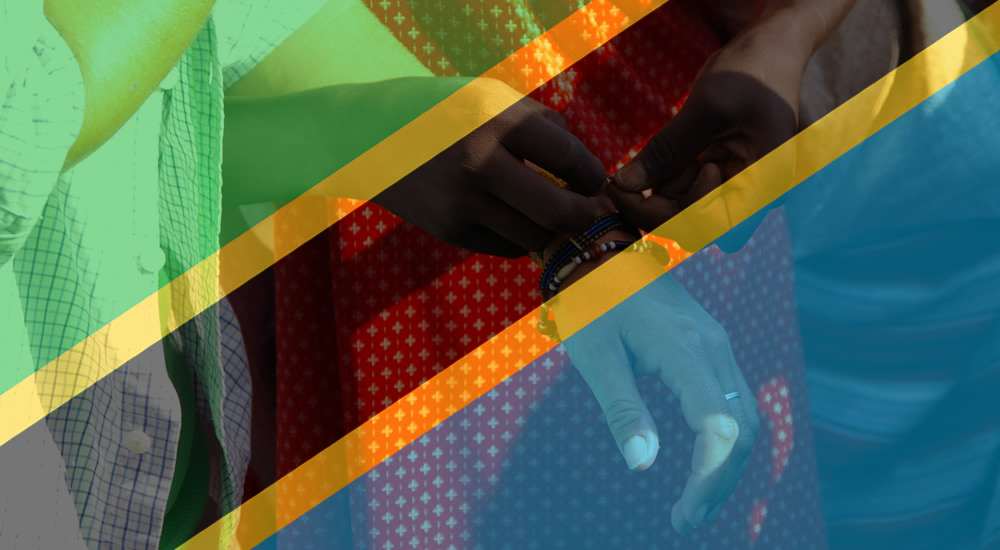 The United Republic of Tanzania is a country in East Africa in the African Great Lakes region. It is bordered by Kenya and Uganda to the north, Rwanda, Burundi and Congo to the west and Zambia, Malawi and Mozambique to the south. The country's eastern border is formed by the Indian Ocean.

Kilimanjaro, Africa's highest mountain, is in northeastern Tanzania. The country is divided into 30 administrative regions: five on the semi-autonomous islands of Zanzibar and 25 on the mainland in the former Tanganyika.

Since 1996, the official capital of Tanzania has been Dodoma.

Between independence and 1996, the main coastal city of Dar es Salaam served as the country's political capital. It remains Tanzania's principal commercial city and is the main location of most government institutions. It is also the principal port of the country. 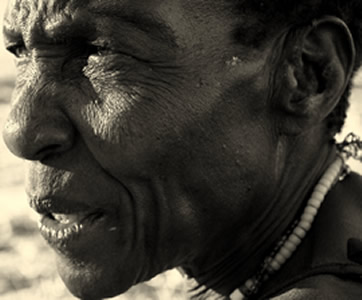 The economy is heavily based on agriculture, which accounts for more than 25 percent of gross domestic products, provides 85 percent of exports, and employs 80 percent of the workforce. 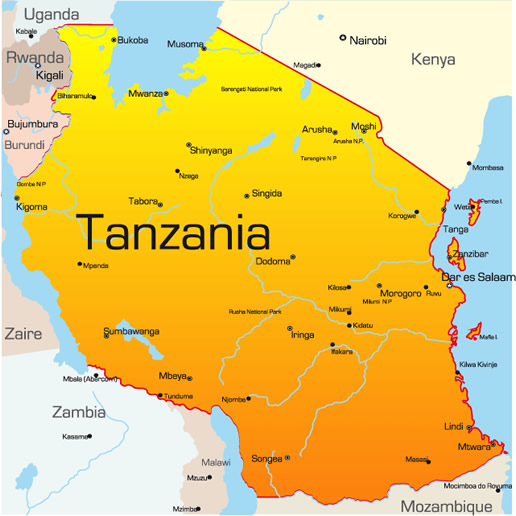 Tanzania is mountainous in the northeast, where Mount Kilimanjaro, Africa's highest peak, is situated. Three of Africa's Great Lakes are partly within Tanzania. To the north and west lie Lake Victoria, Africa's largest lake, and Lake Tanganyika, the continent's deepest lake, known for its unique species of fish. To the southwest lies Lake Nyasa. Central Tanzania is a large plateau, with plains and arable land. The eastern shore is hot and humid, with the Zanzibar Archipelago just offshore.

Tanzania has a tropical climate. In the highlands, temperatures range between 10 and 20 °C (50 and 68 °F) during cold and hot seasons respectively.

The rest of the country has temperatures rarely falling lower than 20 °C (68 °F). The hottest period extends between November and February while the coldest period occurs between May and August. Annual temperature is 20 °C (68.0 °F). The climate is cool in high mountainous regions.

Swahili and English are the official languages of Tanzania. However, the former is the national language. Swahili belongs to the Bantu branch of the Niger-Congo family. English is still the language of higher courts.